How to create an API key for the Map Widget

For Android and Web standalones, the Map widget requires an API key. You can specify this key in the Inclusions pane, in the Map widget row, by clicking on the cog icon:

In this lesson, we will see how to generate these API keys.

First, visit the Google Developers Console, at https://console.developers.google.com, and login with your Google account. Then click on the arrow to select a project: 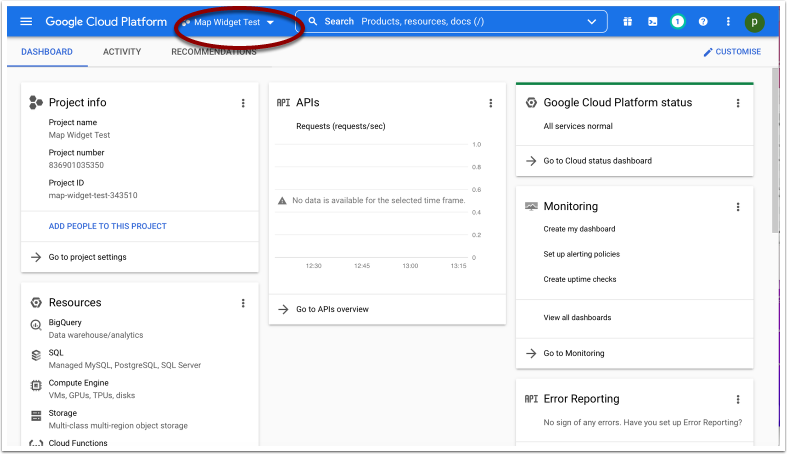 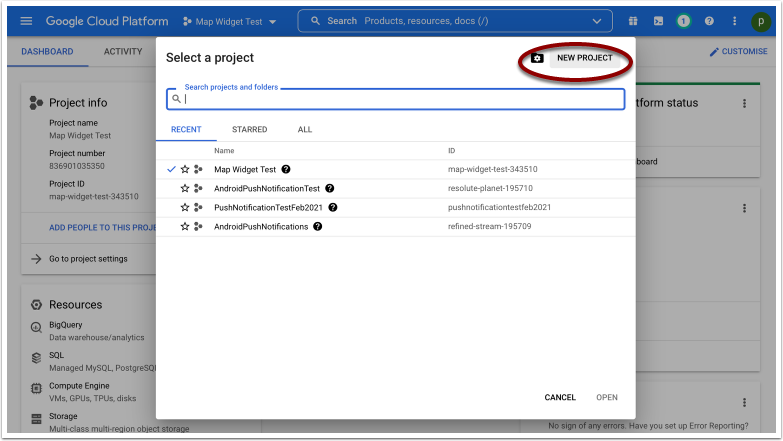 Give the new project a Name: 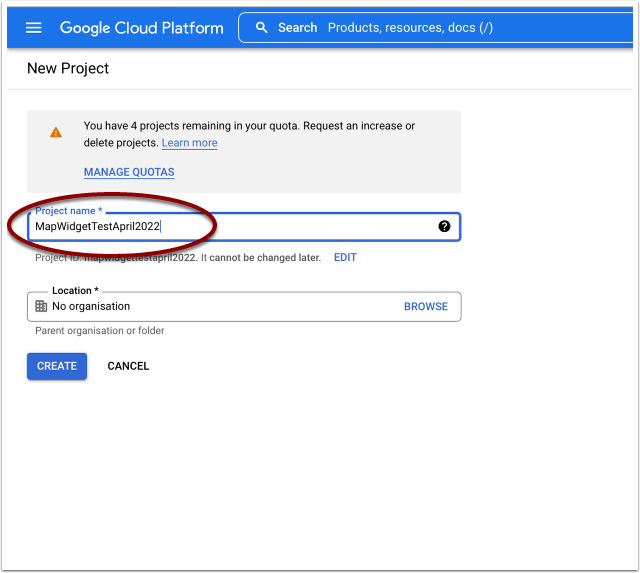 Next, click on the Menu icon at the top left, and choose APIs and Services -> Credentials: 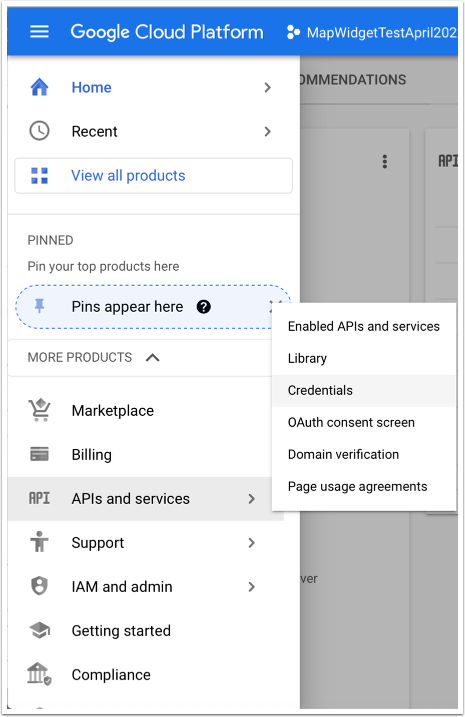 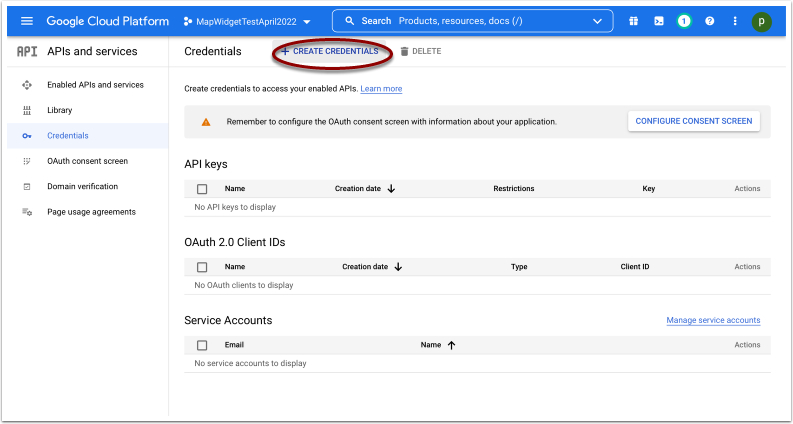 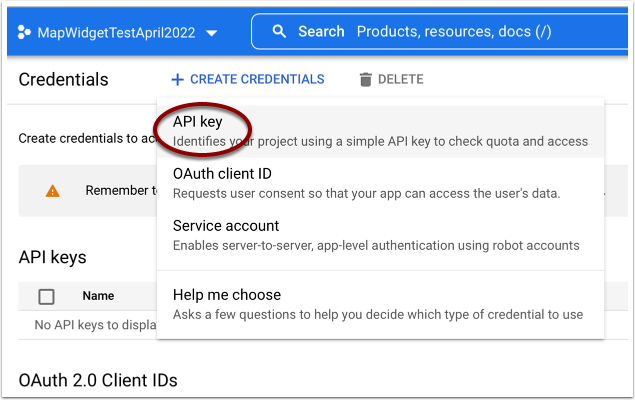 An API key is now created: 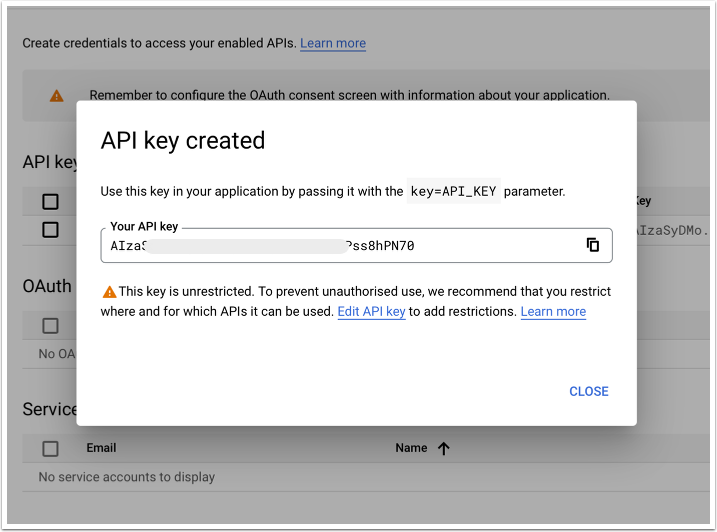 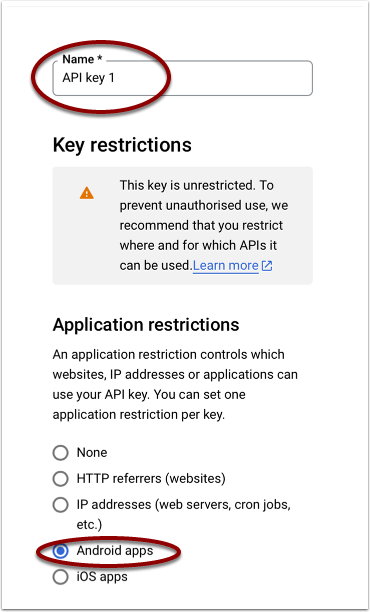 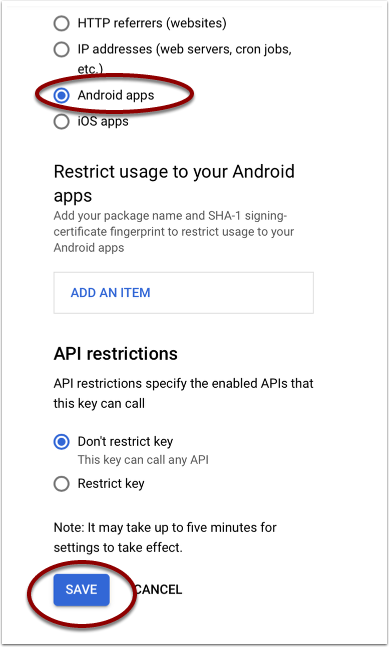 Then, follow the same steps to create a new API key, and restrict it to Web apps: 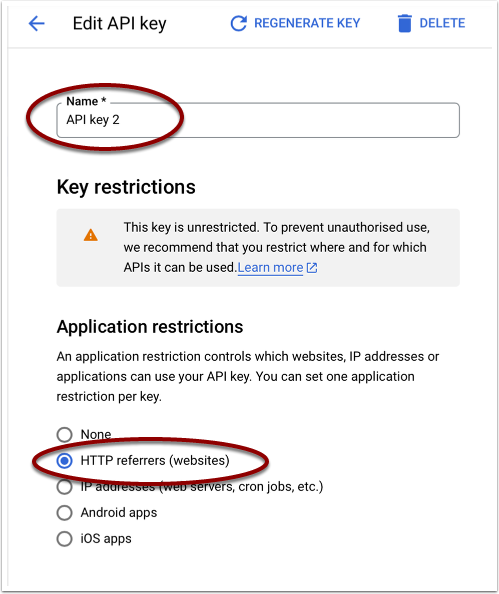 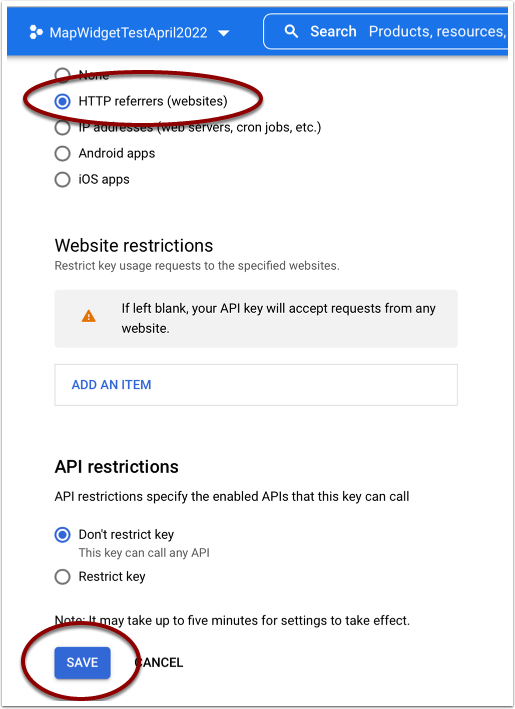 You have now created two different API keys, one for Android apps and one for Web apps:

You can now enter these API keys in the Inclusions pane, in the Map widget inclusion row, in the dialog that appears after clicking on the cog icon: 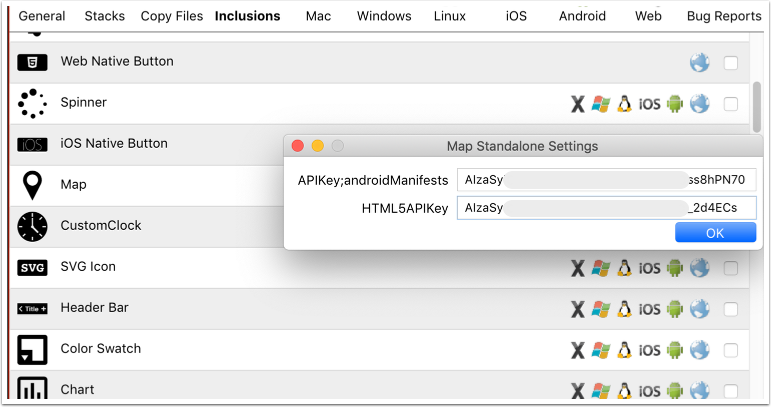 Now, you can successfully deploy your app that uses a Map widget on Android and Web.