LiveCode is based upon events. Every action a script takes is triggered by an event, which is sent in the form of a message.

Messages are sent by events. Events include user actions (such as typing a key or clicking the mouse button) and program actions (such as completing a file download or quitting the application). LiveCode watches for events and sends a message to the appropriate object when an event occurs.

If you want your application to do something when a particular event occurs you handle the message that is sent by writing a message handler with the same name as the message. 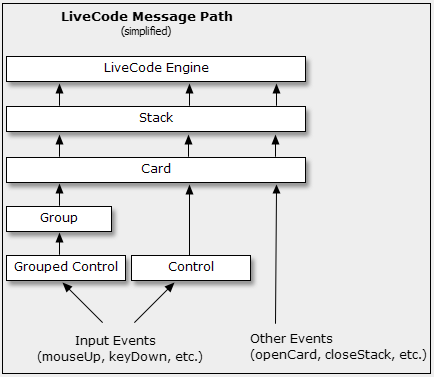 Each LiveCode object is part of another object, of a different object type. For example, each card is part of a stack, each grouped control is part of a group, and so on. This object hierarchy defines the ownership and inheritance relationship between objects.

The Path of a Message

The engine is the end of the message path, and if a message reaches it, the engine takes any default action (e.g. inserting a character into a field or highlighting a button), then throws the message away. 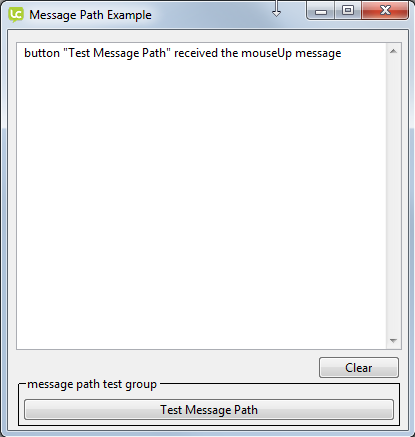 In this example we have a button, which is in a group, on a card, that is part of a stack. 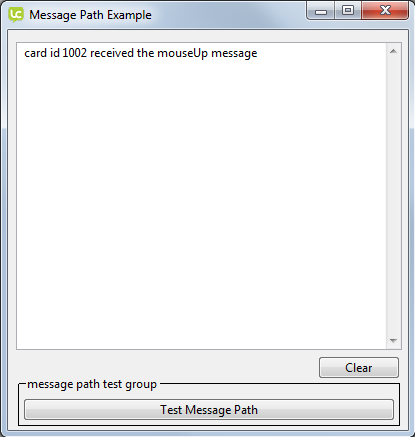 Handling and Passing a Message 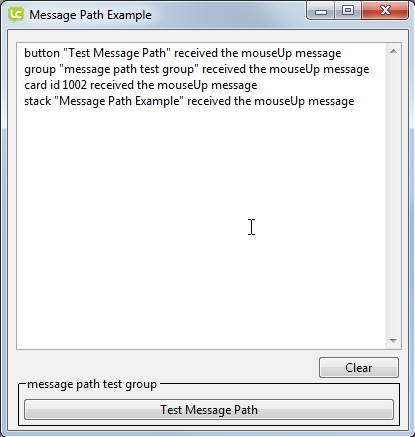 In this example the button, group and card all receive the message, handle it and pass it on up the message path until it reaches the stack.

You can find the message path example stack here: http://livecodeshare.runrev.com/stack/605/Message-Path-Example

Why is the Message Path Useful? 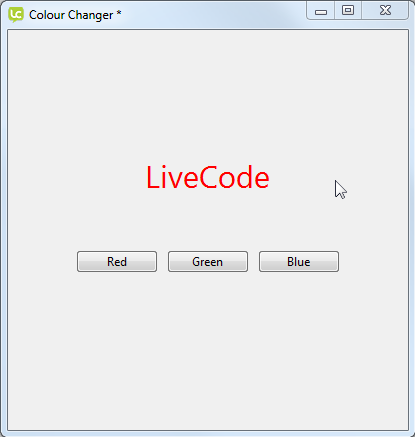 The Message Path makes it possible to group similar functionality together at different levels within your application. This behavior applies both to event messages sent as a result of a user action, and custom messages sent by script. It is therefore possible to write libraries of common functions.

You can also use the Message Path to minimize repetitive scripting. Imagine you have 3 buttons called "red", "blue" and "green" which change the text color of a field. These buttons all perform the same task so instead of writing a mouseUp handler for each button you can write one mouseUp handler on the card and within it check which button was pressed to see what color the text should be.

This allows you to add more buttons without copying the script and make changes in only one place.