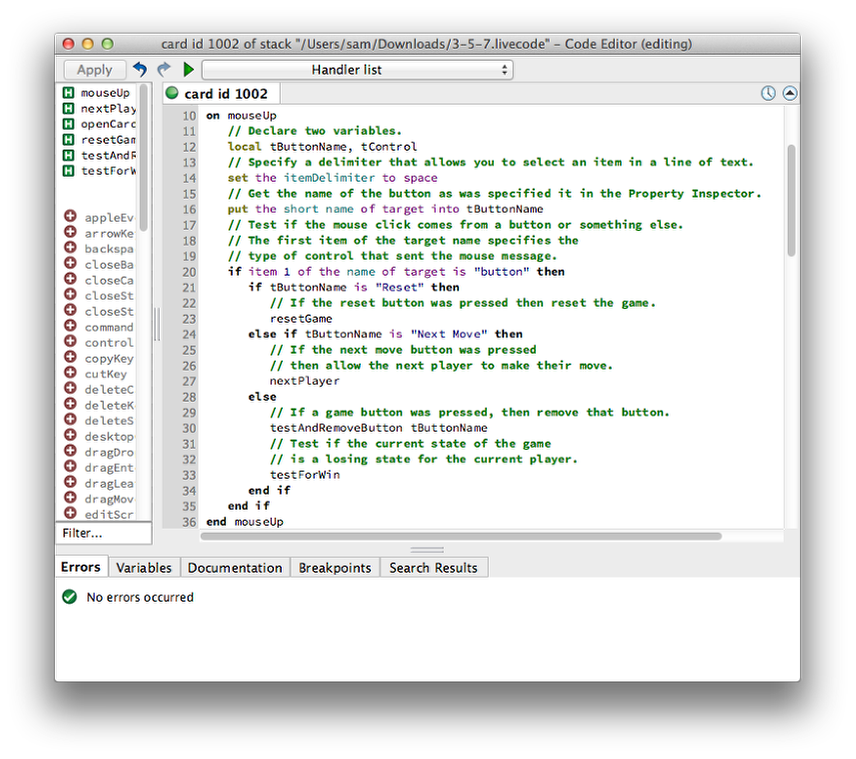 Thanks for this tutorial. I especially like the part where you guys analyze the code. I am completely new to Livecode and learning while reading your tutorials.

Analyzing the code is something that I find very useful and helpful for my understanding of how Livecode works.